An Overview of the Underground Utility Locating Methods

An Overview of the Underground Utility Locating Methods 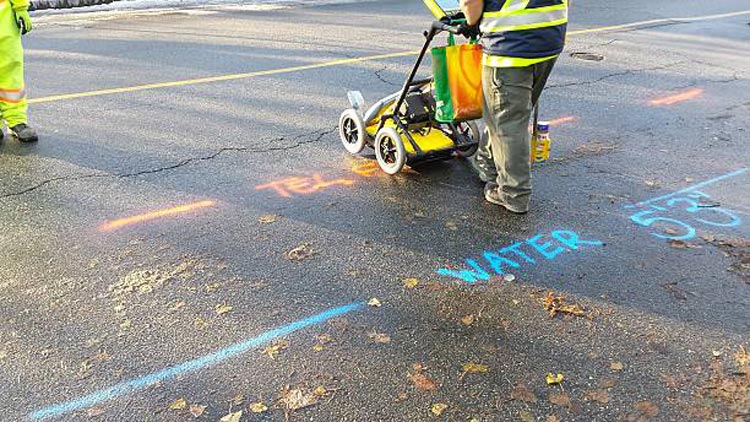 When you’re ready to do a construction project and dig up the ground, the last thing you want to happen is to hit buried gas lines or other underground structures.  This will not only cost you to repair but will put you in danger and delay your project altogether.

It is absolutely essential to always locate underground utilities to determine areas that are safe for digging. This prevents accidents that may not only cause interruptions in utilities like water, electricity, or sewage but also ensures your safety during your project.

Though utility locating used to rely on maps back in the day, technology today is more sophisticated. With various utility locating equipment available in the market, utility locators can now detect utility lines and buried pipes more accurately and efficiently through different methods.

Check out the most common methods used to locate underground utilities so that excavators can have the safety and security they need to dig with confidence.

The utility locator uses the transmitter to emit a certain frequency which induces onto a nearby metal pipe or electric line either directly or passively. The receiver detects the radio frequency emitted, allowing the locator to trace the pipes and cables.

When it comes to electromagnetic utility locating, one may locate underground utilities directly or passively, depending on the situation.

Direct connection is when a locator connects the transmitter directly to the utility line that he or she wants to trace via a connection lead. The transmitter is placed right next to an access point of a target utility line; this can be a valve, a utility vault, or a water hydrant which comes with a tracer wire installed by companies to make utility locating easier.

The receiver is then programmed to match that frequency to accurately trace only the target line so as not to be confused with other nearby utilities or buried objects.

Because direct connection uses the unique frequency of a utility line to trace its path, it is very good at identifying the accurate location of electric cables, metal pipes, and other utilities. Hence it is the most preferred method of most utility locators when mapping buried utilities.

Although a direct connection is always preferred, there are situations wherein a utility line has no access point on the surface for locators to connect to. In such cases, induction using a ring clamp is the next best choice.

Ring clamp induction connects an inductive clamp to the transmitter as an alternative to using connection leads. It is designed to place a signal on a cable without disconnecting it.

By securing an inductive clamp around a metallic pipe or cable, the signal from the transmitter is sent to a coil within the clamp; then, the coil sends that onto the target line.

Then, the locator sets the receiver to the same frequency as the transmitter, and this allows them to trace and map the buried utilities.

The ring clamp induction method is usually used when tracking utility lines at midpoints. It’s also a method preferred by CATV and phone companies because it allows you to trace utility lines without disrupting the service.

When there is no access to the utility at all, locators rely on the induction method. Induction allows transmission of frequency without metal-to-metal contact.

When doing induction locating, utility locators place the transmitter on the surface, over where they think the target utility line is. They try to locate the utility line this way, and when they find the line they want to trace, they follow the frequency using the receiver.

Because induction does not require metal-to-metal contact, it may not function properly if there are other utilities or conductive materials around the area. Having other conductors makes induction prone to electromagnetic coupling and bleed-off.

Electromagnetic coupling occurs when other utilities or objects with conductive material have the same frequency and are interfering with the signal.

Meanwhile, bleed-off happens when the distance between the transmitter and the utility line weakens the signal so much that it becomes of equal strength to other conductors in the area, making it difficult to isolate the target line.

On the other hand, because induction locating does not require direct metal-to-metal contact, it’s the best method to use when detecting unknown lines or objects underground.

Electromagnetic locating is the preferred method of locating when pipes are metal and conduct electromagnetic frequency. But when locating non-ductile pipes such as sewer lines, water pipes, or concrete pipes, locators will use a sonde and duct rod.

A locating sonde is a battery-operated self-contained electromagnetic frequency transmitter. It is able to emit various frequencies and comes in many sizes and thread attachments. The sonde is then fitted to a flexible duct rod which is inserted into pipes through accessible access points.

The flexible duct rod allows the radio frequency emitting sonde to trace pipes. As the sonde emits a certain frequency, the locator programs the receiver to match its frequency to trace its movement. This makes it possible for utility locators to pinpoint the exact location of a utility line.

Work with a Reliable Service for Locating Underground Utilities

Whether you are doing soft digging in your private property or you’re gearing up for a massive excavation project, safety must always come first.

Don’t neglect to locate underground utilities prior to excavating, and rather than wasting your time or risking an injury doing things yourself, don’t hesitate to enlist utility locating services.

For more information about our underground utility locating methods, contact us at Util-Locate today.

4 Reasons to Get a CCTV Drain Inspection
What You Should Know About Pipe Inspection?
Potholing Machines for Utilities 101