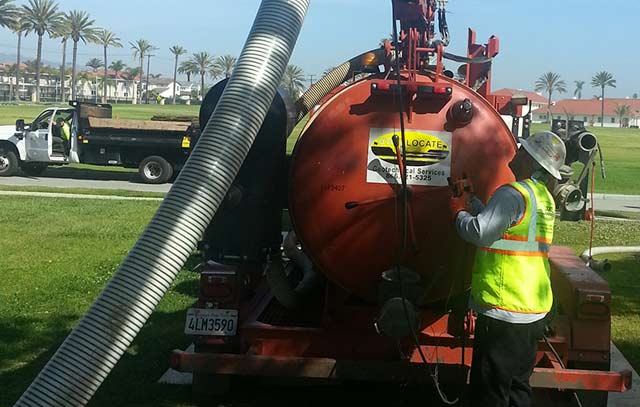 It’s long been said that if humans could see all that is under the ocean, they’d never leave the shore. The same is true of nearly any developed property, whether you are starting a new structure, repairing a building or adding to an existing site. You’re going to want to look into a process called “utility potholing.”

Potholing is a construction method where a small hole is placed in the ground through a process called vacuum excavation. Once the hole is deep enough, it is possible for a construction or inspection crew to confirm the presence of utility lines visually, and water or sewer pipes. Once located, the crew will be in a position to make certain the existing lines won’t conflict with either above or below-ground construction plans.

The equipment used to create the excavations through the potholing process are self-contained units designed to avoid damaging underground infrastructure. Here’s why utility potholing is essential for a successful construction project.

To avoid the possibility of damage to lines and subsequent site damage, flooding or service outages in the surrounding community, construction crews are not permitted to dig in safe zones, which are the areas within a few feet of either side of any previously located utility line.

Though it is possible to approximate the location of utilities and underground facilities using digital equipment and ground-penetrating RADAR, it is far more precise and far less risky if the construction crew can visually ascertain the location and alignment of any lines that might pose a hazard to the construction project.

Leaving aside the potential of damage and service interruptions in the event a dig might sever an underground line, the resulting delays and potential sanctions experienced by a contractor or construction crew can be both costly and harmful to the construction crew itself. Time is money, and many construction projects are operating on thin margins in the best of circumstances. The minimal time savings of bypassing prudent potholing isn’t comparable to the practically unlimited liability issues involved in damaging a public utility.  It’s always better to be on the safe side if only to protect the other residents in the neighborhood.

What if it were possible to simply vacuum soil out of the ground at a precise location? If no tools are penetrating the ground, they can’t damage anything built underground either. If a vacuum can store the removed soil, it can also replace that soil, meaning there is no lasting effect on the site. The vacuum excavation process, therefore, delivers a non-destructive way to inspect the subterranean environment without any of the above-noted risks.

If a process is safer, less expensive, leaves no permanent evidence it was ever performed, and can obtain better and more accurate information about ways to avoid damaging a site or public property, it stands to reason it is something that should be considered any time there is a potential for the presence of utility lines at a construction site.